Support the restoration of the Canonica di Belforte!

70th Anniversary of the Bombing of Monte Cassino

On February 15, 1944, after weeks of demoralizing battle, 229 waves of Allied bombers dropped 493.5 tons of high explosives and incendiaries on the historic Abbey of Monte Cassino, completely devastating the building. The decision to bomb was made based on the belief that German troops occupied the Abbey. This was the first major test of Eisenhower’s directive of December 29, 1943 which stated that commanders must “respect those monuments so far as war allows.” But Eisenhowe
164 views
Robert M. Edsel

100th anniversary of the recovery of the Mona Lisa

It is the world’s most famous painting, and yet few people know that the Mona Lisa was once stolen. It was Monday, August 21, 1911, when Vincenzo Peruggia, an Italian worker immigrated to Paris, simply walked into the Louvre museum and walked out with the Mona Lisa in his hands. As Peruggia later explained, he was acting out of patriotic motivations, trying to steal back what Napoleon had stolen from his home country. The painting was missing for more than two years before su
71 views 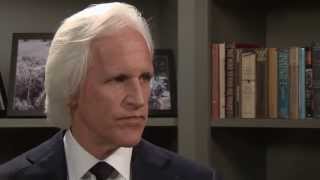 Earlier this summer I sat down with my friend Nick Mueller, President and CEO of the National WWII Museum, and discussed measures taken to preserve works of art in Italy during the war, including the precautions that ultimately saved ‘The Last Supper’ in Milan from destruction during the August 15/16, 1943 raid. #SavingItaly #RobertEdsel #Interview #NickMueller #NationalWWIIMuseum #LastSupper
6 views 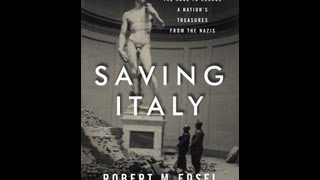 Saving Italy will be published on May 6th but we are giving away signed copies of the book this week before you can buy it. Follow me on Facebook and Twitter for your chance to win! #SavingItaly #RobertEdsel #books #signedcopies #MonumentsMen #giveaway
13 views